You are not connected. Please login or register

Boys, 9 and 10, show mom how to perform CPR and help save infant 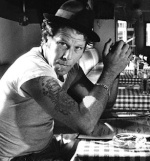 Boys, 9 and 10, show mom how to perform CPR and help save infant

Jeez, this woman doesn't have a phone of her own that she has to run outside for help? Good for you boys!


A Georgia mother says her infant son is alive today because of two neighborhood boys, ages 9 and 10, who showed her how to perform CPR when the 12-week-old baby suddenly stopped breathing.

Susanna Rohm, who lives in Marietta, told NBC affiliate WXIA in Atlanta she noticed something was “off” about her young son, Isaiah, on the frightening day last week. The boy had stopped responding to her and gone limp; when Rohm put her finger under his nose, she realized he wasn’t breathing.

She ran outside and yelled for someone to call 911, and two boys who were playing football, 9-year-old Rocky Hurt and 10-year-old Ethan Wilson, rushed to help her. Rohm says she was panicking, splashing water on the baby’s face and trying to do CPR.

“I told her to push on the baby’s chest five to 10 times with only two fingers, tilt back the baby’s head, plug the baby’s nose and breathe into the baby’s mouth,” Rocky told WXIA.

Rohm says the boy said it so confidently that she listened to him right away. Within seconds, the baby began screaming.

“I told her that’s a good sign because the baby’s breathing,” Rocky said.

Paramedics arrived a short time later. Rohm told another Atlanta TV station, WAGA, that the baby spent two nights in the hospital, was diagnosed with sleep apnea and is being watched by doctors.

According to WAGA, the scare happened last Monday.

Rohm said she had never met the boys before, who live near her in Marietta, which is outside of Atlanta.

The boys say they learned CPR from posters in the cafeteria at their school, Sedalia Park Elementary.

“We just wanted to know just in case it happened,” Ethan said, “but we never knew that we’d have to do that.”

My nephew Tony's little brother and me...

"The race is not always to the swift nor the battle to the strong -- but that's the way to bet."
Shale

Shale
...is a Chamber Royal.

Re: Boys, 9 and 10, show mom how to perform CPR and help save infant

About time we got some good news.

If it's the right direction - swim upstream.

Which do you prefer: Big Mac or Whopper?